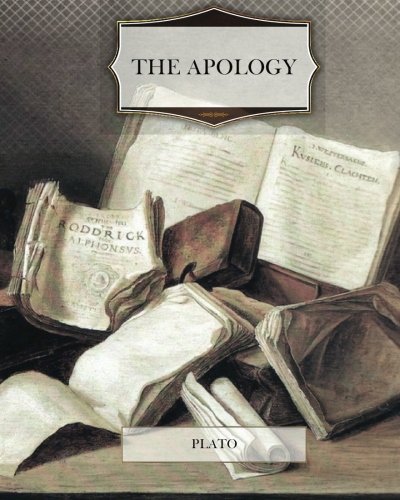 The Apology was written by Plato, a student of Socrates and a teacher of Aristotle.  It is a recounting of the speech made by Socrates at the trial in which Socrates is accused of misleading the youth and denying the gods.

Socrates, 70 at the time of the trial, has been found guilty and condemned to death.  To me, this seems much like a dying man’s final address.  He not only stands by his plea of not-guilty, but goes so far as to say he is actually in the moral right.  He believes the gods have actually commissioned him to search out anyone wiser than himself (having been declared by the oracle at Delphi that there are none wiser than him).

Socrates recounts his actions after the turning point at Delphi and, honestly, he comes off as a bit of a dick.  He made it his life calling to search out wise man to see if they really know anything at all or if, in his assessment, they are fakes: knowing nothing.

I reflected that if I could only find a man wiser than myself, then I might go to the god with a refutation in my hand. I should say to him, ‘Here is a man who is wiser than I am; but you said that I was the wisest.’ Accordingly I went to one who had the reputation of wisdom, and observed him — his name I need not mention; he was a politician whom I selected for examination — and the result was as follows: When I began to talk with him, I could not help thinking that he was not really wise, although he was thought wise by many, and still wiser by himself; and thereupon I tried to explain to him that he thought himself wise, but was not really wise; and the consequence was that he hated me, and his enmity was shared by several who were present and heard me.

So I left him, saying to myself, as I went away: Well, although I do not suppose that either of us knows anything really beautiful and good, I am better off than he is — for he knows nothing, and thinks that he knows; I neither know nor think that I know. In this latter particular, then, I seem to have slightly the advantage of him. Then I went to another who had still higher pretensions to wisdom, and my conclusion was exactly the same. Whereupon I made another enemy of him, and of many others besides him.

And so I go about the world, obedient to the god, and search and make enquiry into the wisdom of any one, whether citizen or stranger, who appears to be wise; and if he is not wise, then in vindication of the oracle I show him that he is not wise; and my occupation quite absorbs me, and I have no time to give either to any public matter of interest or to any concern of my own, but I am in utter poverty by reason of my devotion to the god.

It’s no surprise that people began hating Socrates.  He basically went around telling people they were morons, to which the youth of that time gleefully parroted.  There is irony here in that Socrates was not very wise in how he went about conducting himself.  If one is to engage with others intellectually, he must not do so in a belligerent and prideful way.

Underlying The Apology though are questions/topics that are never explicitly asked or answered: